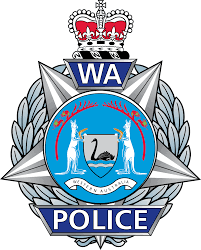 The Western Australia Water Police was founded in 1851 at its original base in the Port of Fremantle. The founding of the unit was prompted by the escape of a group of convicts who had been part of a working party in the Swan River in North Fremantle, and had overpowered their guard and made off to sea in their small wooden boat.

The boat managed to cover some 700km of ocean to Shark Bay before being apprehended. This desperate act prompted the establishment of the unit, now based close to the site of the original incident at Rocky Bay in North Fremantle.Currently Water Police operate from two bases, Harvest Road in North Fremantle, and Breakwater Parade in Mandurah.

What We DoThe Western Australia Water Police operate from facilities in North Fremantle and Mandurah.

The Commissioner of Police is the Hazard Management Authority for Sea Search and Rescue (SAR) in Western Australia.

Water Police provide oversight and support for all marine SAR operations on WA.WA Water Police work closely with and provides support to other government and non-government agencies including Department of Transport Marine Safety, Australian Maritime Safety Authority and the Joint

Dealing with a BIAWA members assures you of the best quality and workmanship of all members. BIAWA your partner in Boating.
Back to Members
View More Information on Website